Though with somewhat limited lifespan, we humans are supposed to be in possession of a far-sighted vision, the function of which can be instrumental to our future development. Both short-sighted and pessimistic, partially because of declining global economy, our youths today tend to despise and distance themselves from what is called far-sighted vision, reluctant to adopt long-term point of view as part of their strategy. This can be very well evidenced by their prevalent involvement in traveling overseas to burn their money away, rather than saving their money for the imminent or long-term investment for either their ongoing absorption of knowledge or personal business fund necessary for future investment. This phenomenon is mainly caused by their indifference to what I called far-sighted vision. Now let us pay more heed to this terminology and how we should perceive it from a much more objective and appropriate perspective so that we may become more willing to let it be part of our source of momentum for more prosperous future.

Those who tightly embrace far-sighted vision are less likely to expect to have imminent effect for what they undertake, simply because immediate outcome is not to be taken into account, thus leaving no room for the emergence of any intent for so-called quick success. However, their far-sighted vision, on some occasions, is still vulnerable to the erosion, especially when they are assailed by others showcasing their discontent or criticisms against their long-term stance. At this point, those equipped with far-sighted vision have nothing but their adherence to count on to counter this dilemma so that their necessary actions for their future success can continue to come into being in the absence of being intervened by those critics featuring their inclination to discourage those equipped with farsighted vision.

When young, I used to travel overseas on a frequent basis with business in mind. By contrast, numerous youths today engage in their traveling activities overseas purely for the sake of exploring renowned resorts and delicious, unique cuisines. As a consequence, their in-depth observation for distinctive cultures has been found nonexistent or little, not sufficient or extensive enough to spark their more momentum to make different their lifestyle. Under such circumstances, lots of precious money and time have been squandered without giving rise to any substantial perceptive harvest or inspiration in terms of their whole trip overseas. Had they possessed a far-sighted vision, this recklessly spent fund could have been employed for the purpose of more advanced education. But unfortunately, devoid of a far-sighted vision, they failed to remain circumspect in allocating their limited fund to maximize its function for their life.

A far-sighted vision must be well founded on a fully independent perception, rather than on following the mainstream. Moreover, a person with such a far-sighted vision has to know how to resist the temptations as well as criticisms so as to be able to remain adamant in seeking their ultimate goal. Again, never should we become discouraged when encountering others’ biased viewpoints that could possibly make us discouraged or fragile. Bear in mind that any substantial and feasible objective is in desperate need of time-honored and persistent procedure prior to being accomplished. Aware of this, rather than fantasizing a shortcut because of our short-sighted vision, we may have to contemplate sticking to our far-sighted vision to make ourselves eligible and accessible to our final success. 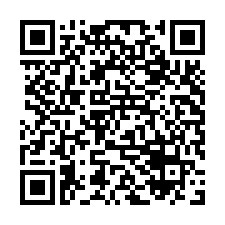