Often perceived as an obsession, our involvement in doing something impossible will definitely arouse people’s unbelievable eyes coupled with their suspicion as to how much we can do. This can be viewed as more than normal to us, for they have been enormously affected by their stereotype concept that it is something impossible. For instance, Jeremy Lin used to be conceived as absolutely unable to play a part in NBA, since it was nearly an impossible dream for him, given his more than common body shape and undesirable Asian status considered most detrimental to his dream. However, the result made everybody stunned, especially among those who previously possessed a pessimistic concept toward his prospect in the spectrum of NBA. This situation truly made it conspicuous to us that never should we be constricted to something impossible. Rather, we have to positively confront it so that the best of our potential can be fully exploited.

I adore something impossible, simply and precisely because of the challenges involved. Driven by this great momentum, we, instead of contemplating the price we have to pay, will start to think of the happiness derived from subduing our challenges faced. What really determines our future prospect, in my view, lies in our utmost driving force that can lead us to confront all the things with both courage and greater expectation. From this perspective comes my quick conclusion that rarely will I shrink away from so-called something impossible. Instead, I will interpret it as the very source of my stimulus that may help enhance my strong desire to prevail over something unprecedented to me.

Setting a habitat for human on Mars used to be conceived as absolutely an impossible dream. However, no one dares to reiterate this statement, for they know that something impossible has already turned out to be feasible based on our current technology, not to mention several decades later. Again, humans are in possession of the greatest value, for they always try to cross the barriers for something impossible as a vehicle for their evolution which may continue to guarantee their ongoing survival. Thus, to prevent ourselves from being phased out, our manner in doing something impossible may more likely ensure that our survival can be well sustained. 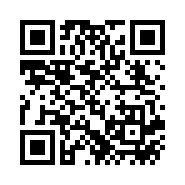